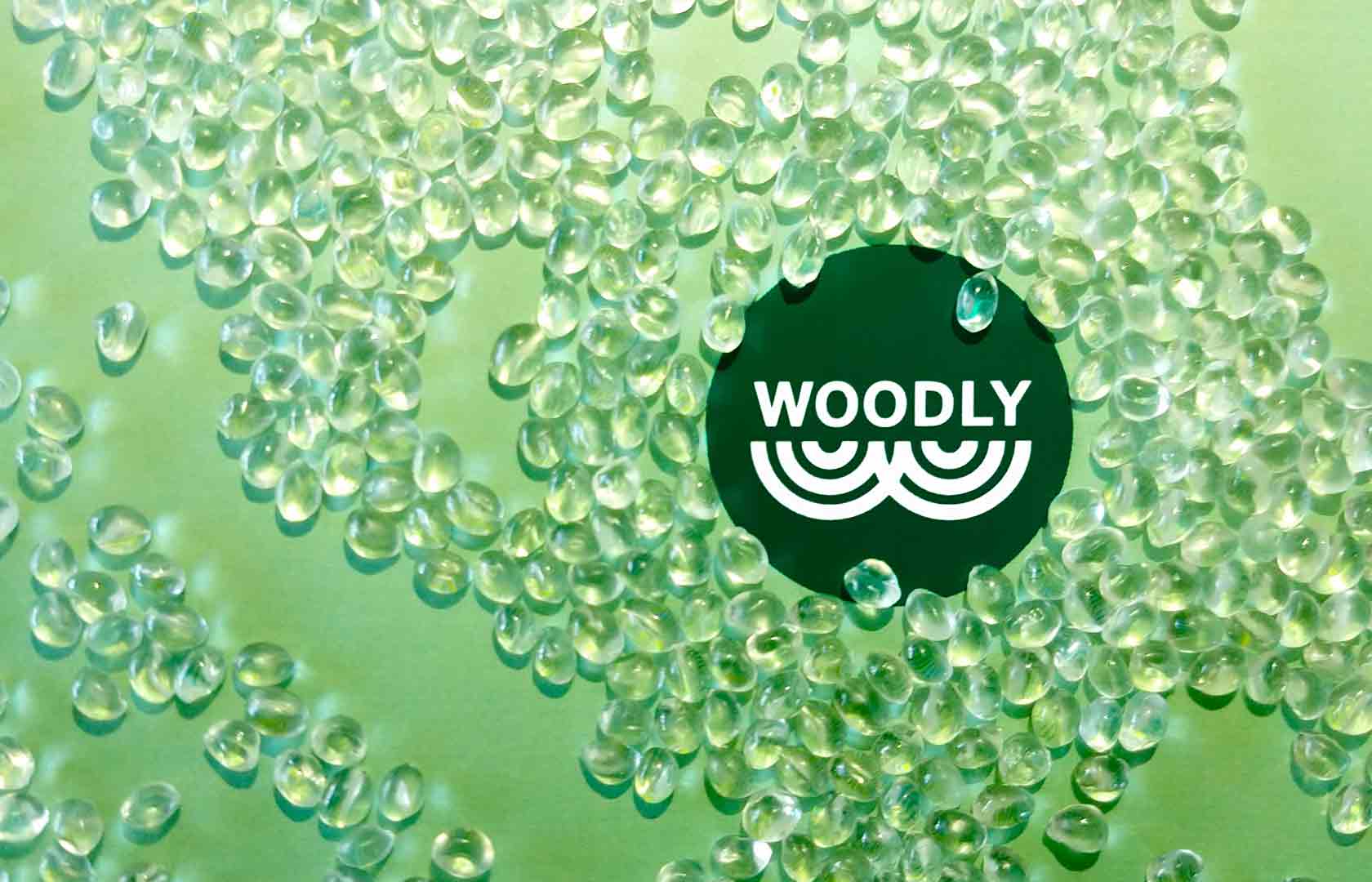 A Finnish company, Woodly Oy, is developing a new kind of plastic that is carbon neutral. The packaging material, also named Woodly, is made of cellulose that comes from sustainably managed and FSC certified forests. Woodly has the same qualities as regular plastic, and it can be used in the production of different kinds of recyclable packaging. The innovation has gained international attention since it received a high placement in a ranking list by Bioplastic News, a publication that evaluates bioplastic companies and brands.

Annually each European citizen uses about 100 kilograms of plastics[1], and the population growth will most likely increase the consumption of packaging in the future. In addition to the waste problem that unrecycled plastics cause, the production of plastic is also draining the world’s non-renewable resources; most of the raw ingredients that are used in plastics derive from fossil-based sources.

Finnish technology company Woodly is developing a new kind of wood-based plastic that uses cellulose from sustainably managed forests as its primary raw ingredient. Woodly is designed to be recyclable, and as such, its usage accelerates the shift towards circular economy. According to the company’s estimations, if each plastic package used in Europe could be replaced with carbon-neutral Woodly packages, the reduction in emissions would be equivalent to 10 million people flying a round-trip around the globe. The global breakthrough of Woodly packages is possible through cooperation with its partners; Wipak Group and Amerplast Ltd. Both companies produce plastic packages and are globally renowned operators.

“Even though more and more people are talking about the problems of plastic, it has been estimated that the demand for plastic is going to quadruple by 2050. We cannot solve the problems caused by plastics by wishing that people will reduce its consumption. Instead, we can offer an alternative, which makes it possible for the consumption to be more reasonable and environmentally friendly,” says Jaakko Kaminen, CEO, Woodly.

There is a need for an environmentally friendly alternative to plastic

The development of Woodly’s material began in 2011 and the company has manufactured packaging prototypes made of the wood-based plastic for companies in the consumer goods sector. Now Woodly has been noted internationally as well, by being included in the Bioplastic News ranking of brands and companies. Woodly was ranked as 13th on the list, making it the lists’ highest ranked startup company, and it was positioned above many established multinational companies.

“It is a great honor that our efforts of making the world ecologically more sustainable has been noted internationally as well. We are working tirelessly so that in future, we will still have a material that resembles plastic, but is more durable and ecological,” Kaminen states.

Technological innovations, such as plastics that are cellulose-based and recyclable, are believed to have an instrumental role in protecting the environment and mitigating the effects of climate change. During the summer, World Economic Forum listed cellulose-based plastics as the top emerging technology of 2019.

Currently, Woodly is developing a product family made from the new kind of wood-based plastic that can be used in the packaging of different kinds of products.